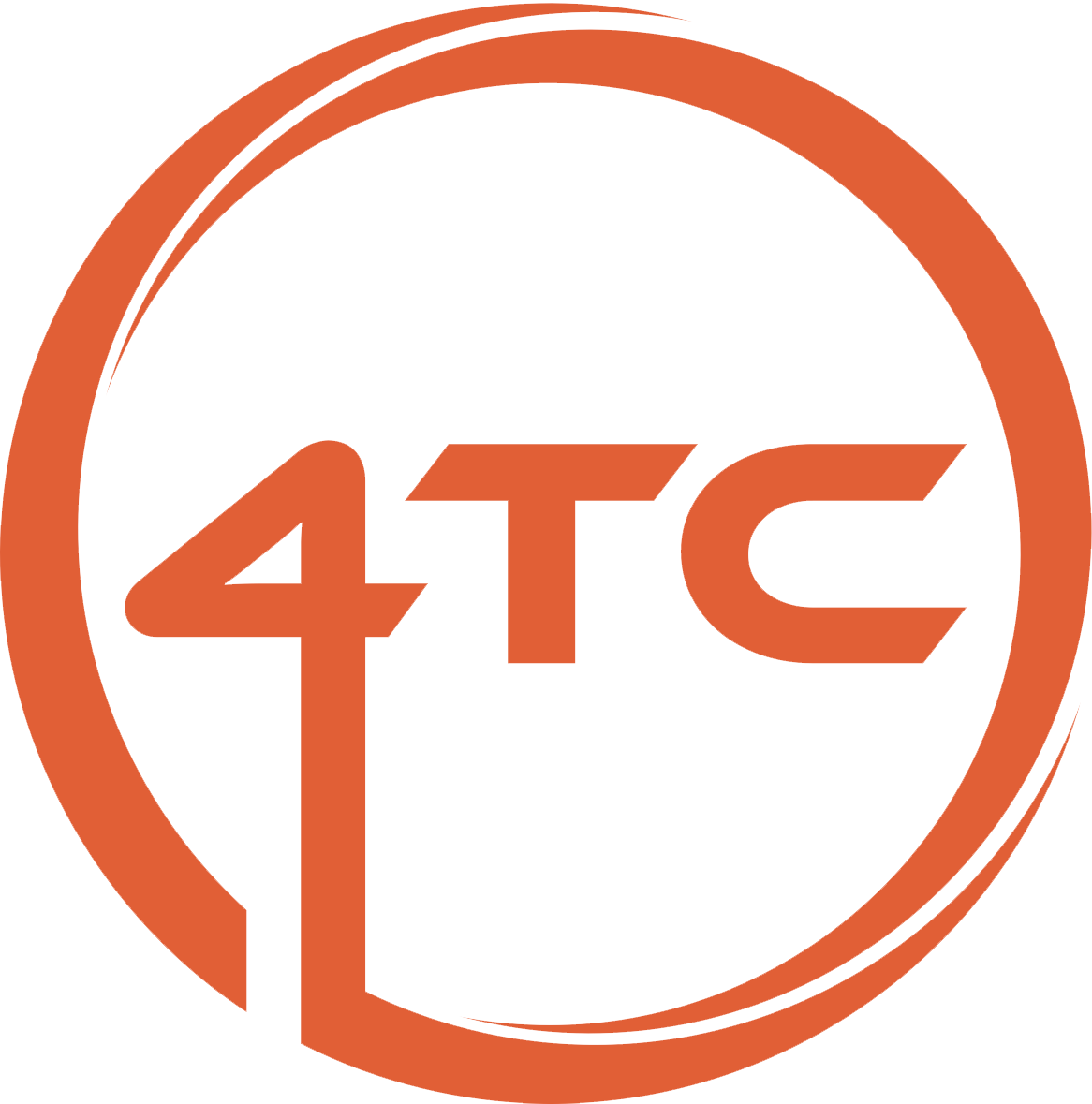 About 10 years ago a journalist colleague told me they had never encountered a story that was worth going to jail over.

It happened while as we discussed a story about alleged banking corruption, what we intended to publish, and how strong and assertive the language and headline could be.

His argument was not that there would never be a story worth going to jail over – the fact that some 248 journalists globally are languishing in jail for doing their jobs suggests there are stories that are. No, it was that journalists have a responsibility to ensure that they are operating fairly and legally when reporting and that there can be consequences when they don’t.

This much was clear following last week’s false news story about Presentation College Carlow, which quickly transformed into a story about journalistic ineptitude, and the dangers of following bad reporting and sensational content.

“Female students at a Carlow secondary school have been told by teachers not to wear tight-fitting clothing to PE, as it is distracting for male staff.”

Thus tweeted journalist Kacey O’Riordan, attracting more than 10,000 likes and 4,000 retweets. The very fact that the tweet was presented as a statement rather than an allegation should have caused alarm bells to ring. But no, what followed was a frenetic and unprofessional rush to judgment by a journalists, commentators, politicians, and members of the public. 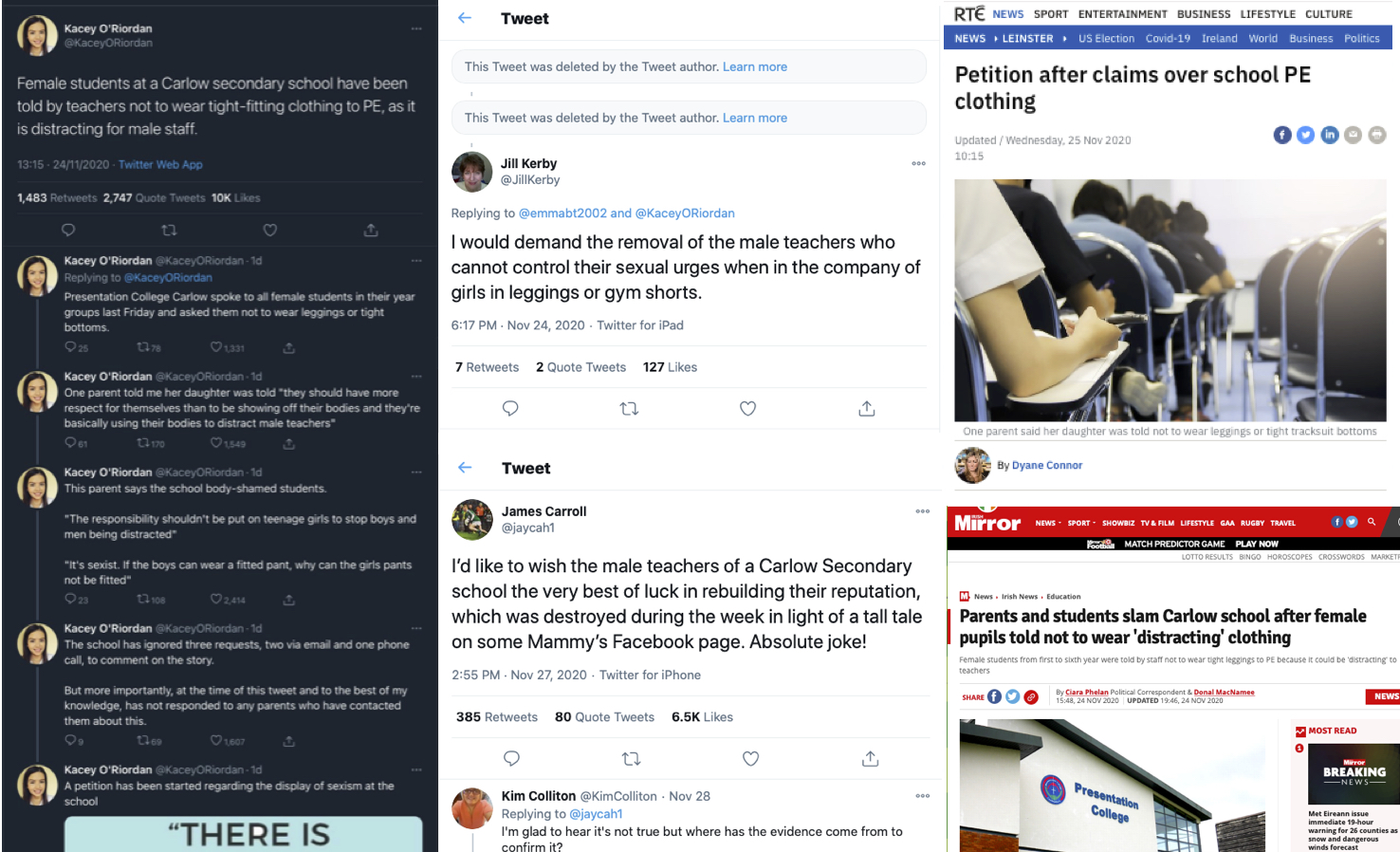 The problem was that it was a story built on second-hand information which the reporter ran without verification. Others similarly failed to verify the facts, or lack thereof, as the story spread like wildfire.

By the time the school stated that asking students to wear the correct uniform at PE was part of a regular reminder of school rules and regulations, the damage had been done. The story was all over national and local media. Teachers had been demonised for being sexist or, worse, paedophiles, all based on unreliable, second-hand information. Some tweets were deleted, including those that started the furore, but no clarifications or apologies were forthcoming.

Elaine Byrne’s article in the Business Post provides a good analysis of the basic lack of professional standards employed by journalists and media organisations.

In journalism, there are stories where you’ll get away with reporting rumours – the stories where the information doesn’t defame anyone. You’ll find lots of them in the sports section.

But when a story contains allegations that are potentially damaging to people, journalists must tread carefully – and so must anyone who chooses to comment on social media or anywhere else. If something is true then you’re on solid ground – but here the terrain was clearly shaky.

Why did it happen? It might be the rush to publish on Twitter – generating attention for an upcoming story – meant the usual checks and balances weren’t applied. Either way reputational damage was sustained by individual and organisations. Media organisations may not be responsible for their reporters’ personal social media accounts, but mistakes like this reflect badly on them.

So what's the lesson for businesses, brands and communicators?

Personal social media accounts, despite stating ‘opinions are all my own’ or ‘do not reflect those of my employer’, cause collateral damage. With that in mind, here are three things to think about:

Whether you’re a journalist, commentator, politician, CEO, or self-opinionated spoofer, you need to be able to stand over what you say and write. If you can’t, you will be called out on it.

It doesn’t need to be your mistake for it to impact on you. Retweeting or liking might not be an endorsement but it can impact on you by association.

If you do get it wrong, issue a correction – and do it quickly. You may also need to consider apologising. Admitting you got it wrong speaks to integrity, and your colleagues, customers, followers, and members of the public will respect it.

If you would like advice on your business or brand’s reputation, issues management, and social media, get in touch with 4TC.